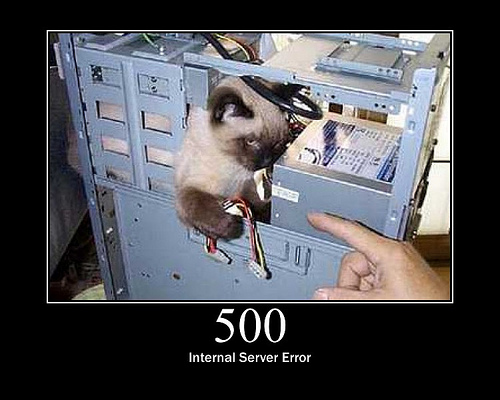 When a browser requests a service from a web server, an error might occur.

This is a historic document and is not accurate anymore. For up-to-date details on the HTTP specification, see the latest HTTP/1.1 drafts

The values of the numeric status code to HTTP requests are as follows. The data sections of messages Error, Forward and redirection responses may be used to contain human-readable diagnostic information.

These codes indicate success. The body section if present is the object returned by the request. It is a MIME format object. It is in MIME format, and may only be in text/plain, text/html or one fo the formats specified as acceptable in the request.

The request was fulfilled.

Following a POST command, this indicates success, but the textual part of the response line indicates the URI by which the newly created document should be known.

The request has been accepted for processing, but the processing has not been completed. The request may or may not eventually be acted upon, as it may be disallowed when processing actually takes place. there is no facility for status returns from asynchronous operations such as this.

When received in the response to a GET command, this indicates that the returned metainformation is not a definitive set of the object from a server with a copy of the object, but is from a private overlaid web. This may include annotation information about the object, for example.

Server has received the request but there is no information to send back, and the client should stay in the same document view. This is mainly to allow input for scripts without changing the document at the same time.

The body section may contain a document describing the error in human readable form. The document is in MIME format, and may only be in text/plain, text/html or one for the formats specified as acceptable in the request.

The request had bad syntax or was inherently impossible to be satisfied.

The parameter to this message gives a specification of authorization schemes which are acceptable. The client should retry the request with a suitable Authorization header.

The parameter to this message gives a specification of charging schemes acceptable. The client may retry the request with a suitable ChargeTo header.

The request is for something forbidden. Authorization will not help.

The server has not found anything matching the URI given

The server encountered an unexpected condition which prevented it from fulfilling the request.

The server does not support the facility required.

Service temporarily overloaded 502 (TO BE DISCUSSED)

The server cannot process the request due to a high load (whether HTTP servicing or other requests). The implication is that this is a temporary condition which maybe alleviated at other times.

Gateway timeout 503 (TO BE DISCUSSED)

The codes in this section indicate action to be taken (normally automatically) by the client in order to fulfill the request.

The data requested has been assigned a new URI, the change is permanent. (N.B. this is an optimisation, which must, pragmatically, be included in this definition. Browsers with link editing capabiliy should automatically relink to the new reference, where possible)

The response contains one or more header lines of the form

Which specify alternative addresses for the object in question. The String is an optional comment field. If the response is to indicate a set of variants which each correspond to the requested URI, then themultipart/alternative wrapping may be used to distinguish different sets

The data requested actually resides under a different URL, however, the redirection may be altered on occasion (when making links to these kinds of document, the browser should default to using the Udi of the redirection document, but have the option of linking to the final document) as for "Forward".

The response format is the same as for Moved .

Note: This status code is to be specified in more detail. For the moment it is for discussion only.

Like the found response, this suggests that the client go try another network address. In this case, a different method may be used too, rather than GET.

The body-section contains the parameters to be used for the method. This allows a document to be a pointer to a complex query operation.

The body may be preceded by the following additional fields as listed.

If the client has done a conditional GET and access is allowed, but the document has not been modified since the date and time specified in If-Modified-Since field, the server responds with a 304 status code and does not send the document body to the client.

Response headers are as if the client had sent a HEAD request, but limited to only those headers which make sense in this context. This means only headers that are relevant to cache managers and which may have changed independently of the document`s Last-Modified date. Examples include Date , Server and Expires .

The purpose of this feature is to allow efficient updates of local cache information (including relevant metainformation) without requiring the overhead of multiple HTTP requests (e.g. a HEAD followed by a GET) and minimizing the transmittal of information already known by the requesting client (usually a caching proxy).