9 truths that computer programmers know that most people don`t

Computer programmers know far more about computers and code than the average person does, and honestly some of it's scary.

"Under the hood, most critical software you use every day (like Mac OS X, or Facebook) contains a terrifying number of hacks and shortcuts that happen to barely fit together into a working whole. It would be like taking apart a brand-new 747 and discovering that the fuel line is held in place by a coat-hanger and the landing gear is attached with duct tape." - Ben Cherry

That's the funny thing about code, the website or program may work beautifully, it may run smoothly, and it may be absolutely beautiful on the front-end side (what the user sees). But, behind everything that makes it work it will have so many errors, and work arounds that barely work and that shouldn't work, but do for some strange reason.

"That about 25% of the hours spent writing an application are spent figuring out ways the end user will do something wrong." - Brian Humes

Now, the 25% number may be less, may be more, depends on the developer and what you are doing. Everytime we build something, we have to sit back and think of how the end-user will end up fucking it up. What they will click on, what they will write, the phrasing of questions, the language used, and how what we write could be interpreted differently. If we wrote the code like how we would use the project, well then there will be so many issues because we know how the program works, and the end user doesn't.

"A programmer is not a PC repair man." - Ritesh Kumar Gupta

Most of programming is spent sleeping, walking around, staring out the window, or doing anything else that helps you relax and think. Relaxing is a major key to programming, its not just sitting down and writing a thousand or more lines or code, and pushing out a program or app. We have to sit down, walk around, and just think. We need to think about how to come up with the concept, fix the issues with it, find a way to make it work, how it's going to work. Relaxation is the only way we can fix the issues the best way we can.

Counting starts from zero, not one.

This is important in every programmers life. Counting starts at 0, your "1" is my "0", your "10" is my "9". The reason why this is because computer programming is all about efficiency, and even small improvements in efficiency can make big differences at scale.

Zero-based numbering or index origin = 0 [1][2] is a way of numbering in which the initial element of a sequence is assigned the index 0, rather than the index 1 as is typical in everyday non-programming circumstances. (source)

"Programming is best done "in the zone" - a (pleasant) state of mind where your focus on the task is absolute and everything seems easy. This is probably much like "the zone" for musicians and athletes." - Morgan Johansson

Ever wondered why programmers are known as nightbirds? Why we stay up all night? Because it allows us to get into the zone, it allows us to focus on one thing and not have to worry about being interupted by someone - because they are all asleep. It's a long stretch of the day where no one is up and no one is calling or trying to talk to us. It's a great time to program, and think.

Sleeping with a problem, can actually solve it.

If you have a problem you are told to sleep on it, forget it, put your mind at rest. But, with programmers its the go to way to solve the problem not because it gets us away from it, but because it for whatever reason helps us solve the problem with our code. Many times I have come across an issue, spent hours and hours of work on it, just trying to fix what should should be a simple problem with a simple fix. But, by going to sleep for 20minutes, an hour, six hours, twelve hours, we can wake up and immediatly know the answer to the problem.

Not something you would like to hear someone say while out, now is it? (and if it is, you should seriously check into a mental health facility, or turn yourself into your local police department).

It's not as gory as one would think, programs are written like a hierarchy. With the parent managing the processes below them.

When a parent no longer needs a child they kill it, meanign when a program no longer needs to do something (say send an email), they kill the connections to the server as its not needed, basically killing the child.

Seriously. Just stop, please it's annoying. We don't care. We really really don't care how proud you are of not wanting to learn new things. Now, its understandable if you are just saying "I don't know much about computers" or "I'm not really interested in computer programming" but bragging about how much you dont know about computers is just annoying. Stop. 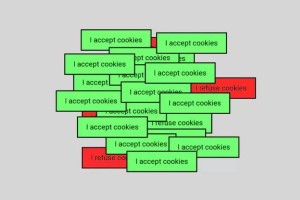 How to make text blinking with CSS or jQuery Free apps and tools for web programming and design